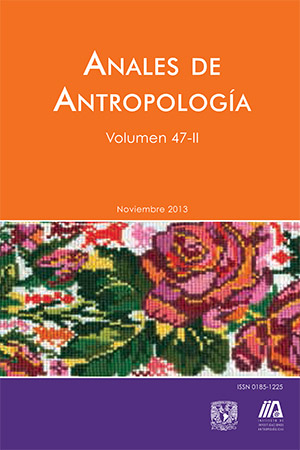 John G. Kennedy’s studies of the Tarahumara Indians of Chihuahua in northern Mexico stand as landmark contributions to North American ethnology generally, and to the fine-grained ethnography ofthe indigenous peoples of Mexico in particular. At a time when most American anthropologists interested in Mexico were setting their sights farther south, traveling to the heavily indigenous regions of Chiapas and Oaxaca, John instead distinguished himselfby working in northern Mexico among one ofthe most populous but “least accultural ted” and little studied peoples on the continent. The Tarahumara, or Rarámuri as they call themselves in their own language, are a Uto-Aztecan speaking people inhabiting about 35,000 square kilometers in some ofthe most spectacularly corrugated landscape in the world, including a network of chasms four times the size ofthe Grand Canyon in Arizona, and in places over a thousand feet deeper. The area, known locally as the Sierra Tarahumara, is located in the Sierra Madre Occidental, the rugged spine of northwest Mexico. Today, the area is still a rugged and largely roadless region. When John undertook his pioneering fieldwork there in the late 1950s, it was even more so.