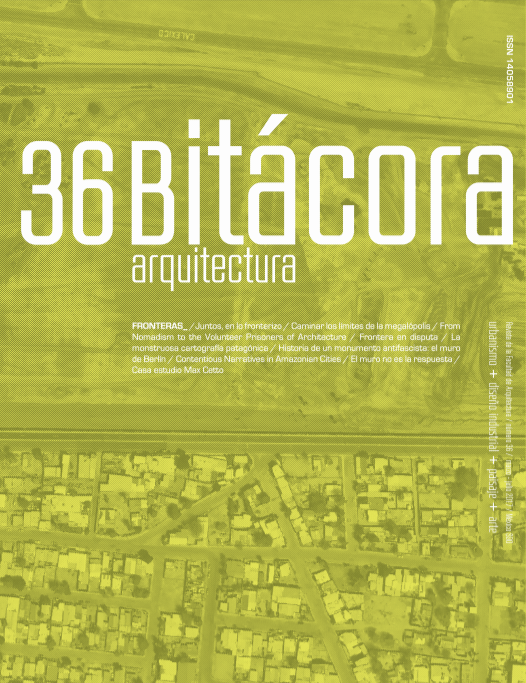 Nature imposes its own borders: drastic changes in topography, rivers and oceans all constitute borders because of the inability of other species to cross them; nevertheless, they ignore human borders and constantly pass over them. The rivers that have been used to delineate political borders change their course over time, despite the frustrated efforts of humans to straighten them out. Mammals, birds and insects migrate across the walls erected by nations to impede the movement of people. Flying insects freely cross from Central America to North America: you can’t ask them for a visa. Nature demonstrates the artifice of the attempt. Any territorial border imposed by man is arbitrary and uncomfortable, a violation of the right of free movement. None is definitive.

As humans, we need borders and limits to deal with the infinite reality that confronts us. Each division we make of this reality allows us to appropriate units that we can comprehend in an attempt to understand it a little bit more. For this reason - which is natural and human - we surround ourselves with borders, both symbolic and physical. To a certain point, it’s inevitable.