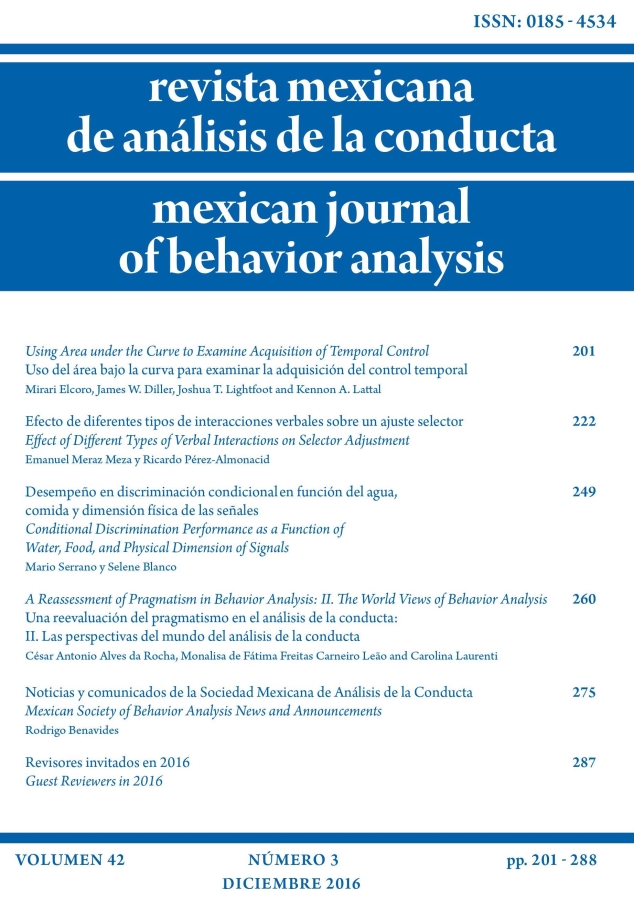 Relations established between behavior analysis and the philosophy of pragmatism generally focus on the matter of truth criteria, in which both philosophies seem to converge. Nevertheless, there is another aspect in which such philosophies could find common ground: their world views. On one hand, several authors have defended that the world view of behavior analysis is that of contextualism, which is precisely a pragmatic world view. On the other hand, some have argued that mechanism fits better as the world view of behavior analysis. A third point is raised by others: behavior analysis would be “a-ontological”, that is, free from metaphysical commitments. This essay examines arguments surrounding this debate, and evaluate how they relate to pragmatism. As a conclusion, we note that pragmatism not only does not interdict metaphysical claims, such as ontological ones, but also that it encompasses a particular world view. To recognize this aspect of pragmatic philosophy is important for a thorough understanding of its relations with behavior analysis.